The GUTS research team  includes doctors, researchers, and statisticians who are devoted to improving public health. Below are some key investigators that make our research possible. 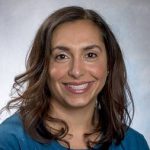 Rulla Tamimi, ScD, has been the PI of GUTS since 2017. She is Associate Professor of Medicine, Channing Division of Network Medicine, Brigham and Women’s Hospital. Dr. Tamimi’s research focus is to understand how exposures across the life course influence breast health and breast cancer risk.

Jorge Chavarro, MD, ScD, has been PI of the NHS 3 since its founding in 2010. He is Associate Professor of Nutrition and Epidemiology at the Harvard T.H. Chan School of Public Health. Dr. Chavarro’s research focuses on investigating the role of nutritional factors in the pathogenesis of diseases affecting reproductive and hormone sensitive organs.

Jaime Hart, ScD, has been a part of GUTS since 2015. She is an Assistant Professor of Medicine, Channing Division of Network Medicine, Brigham and Women’s Hospital, and Department of Epidemiology, Harvard TH Chan School of Public Health. She leads the newly funded Reproductive Effects of Chemical and Air Pollution (RECAP) study in GUTS, that examines the impact of air pollution and daily chemical exposures on semen quality. Her research focus is on the impacts of the environment on chronic disease risk. 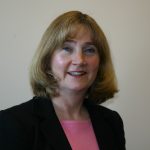 Catherine Berkey has been an investigator with GUTS since its inception in 1996.  She is a biostatistician at Harvard Medical School and Brigham & Women’s Hospital.  Dr. Berkey’s current research focuses on the role of factors from birth through adolescence on benign breast disease in young women. 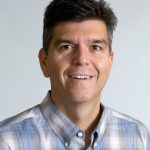 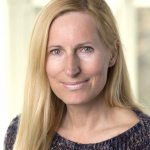 Eva Schernhammer, MD, DrPH, has been an investigator with GUTS since 2014. She is associated faculty at Harvard Medical School and Harvard T.H. Chan School of Public Health since 2003. Dr. Schernhammer is best known for her studies on disturbances of the circadian clock and their role in human health. She is one of the pioneers of circadian epidemiology and leads a group of scientists at Harvard who study these concepts, using longitudinal population studies including GUTS. 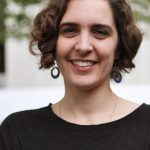 Allegra Gordon, ScD, MPH is a researcher and instructor in the Division of Adolescent/Young Adult Medicine at Boston Children’s Hospital and Harvard Medical School. She has been involved with GUTS since 2011, conducting research on the impacts of stigma, discrimination, and gender stereotypes on mental and physical health. Recent projects have focused on the links between gender expression and health-related quality of life and experiences of weight stigma among sexual minorities. 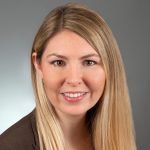 Brittany Charlton, ScD, has been an investigator of GUTS since 2010. She is Assistant Professor at Boston Children’s Hospital, Harvard Medical School, Harvard T.H. Chan School of Public Health, and Brigham and Women’s Hospital. Dr. Charlton’s research focus is to understand the development and prevention of sexual orientation-related disparities in reproductive health. 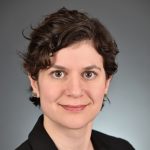 Sabra L. Katz-Wise, PhD, has been a GUTS investigator since 2014.  She is an Assistant Professor in Adolescent/Young Adult Medicine at Boston Children’s Hospital and in Pediatrics at Harvard Medical School.  Dr. Katz-Wise’s research with GUTS has examined sexual orientation development and health disparities related to sexual orientation and gender identity in adolescents and young adults.  Her current research focuses on psychosocial functioning in families with transgender youth.